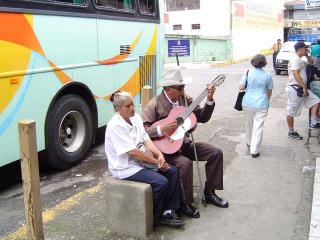 After ten very amazing days in Costa Rica it was time to say Good bye to Costa Rica. Kathryn was heading for the Caribbean Coast, and I was flying back home to Austria. I have to admit that Costa Rica now ranks as one of my favorite countries, as it offers a very rich collection of birds, animals and plants and is easy to travel. The rainforest is one of the most beautiful things I’ve ever seen and I hope it remains like this forever. The unpaved road to Monteverde helps maintaining a balance to keep away the mass tourism, that is changing and often damaging so many other places. 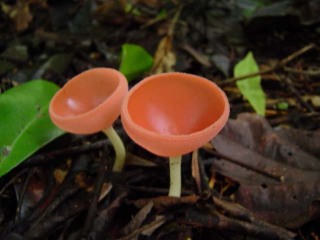 I spent half of the day on the beach to catch at least the glimpse of a tan. Playa Manual Antonio ranks as one of the most beautiful beaches in Costa Rica and has been rated one of the top ten in the world. The beach is a half mile long, white sand crescent bordered by deep green mangroves and palms. But still doesn’t top the “White-Heaven Beach” on the Whitsunday’s in Australia, which, for my opinion, is the most beautiful one in the world. Finally I and Kathryn boarded the bus back to San Jose where we spent the evening with a few beers and one of Kathryn’s friends, who had just arrived in Costa Rica. 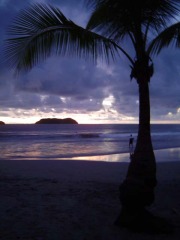 The day was dedicated to exploring the Manuel Antonio National Park, the country’s smallest national park at just over 683 hectares. I teamed up with Kathryn and the family from San Francisco to explore this marine nature habitat, home to the endangered Squirrel Monkey. Aside all the interesting things like iguanas, monkeys, sloth, and raccoons the park offers some very beautiful waterfalls and secluded beaches, as well a breathtaking viewpoint.

At night the family from San Francisco went to Quepos, the closest town and bought some bottles of wine for their traditional Thanksgiving and invited me to join them. We then had a superb dinner and very vital discussion about the political situation in the USA. The father was a Republican and huge fan of Ronald Reagan, while the daughter and her girlfriend where very active Democrats. Usually Americans are not very interested in political discussions at all, but this family was different in that case. 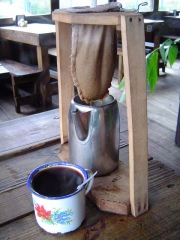 It was the last day for Craig, he was going back home to Florida, while I still had a few more days and decided to spend them at the beach in Manuel Antonio, a little costal town next to a marine national park about four hours by bus from San Jose.

Kathryn was also heading for Manual Antonio and we shared a cap to get to the bus-Station. The place was cramped with people waiting for their busses and doing business and it reminded me of Thailand.

Upon our arrival in Manuel Antonio it was very easy to find accommodation just by walking around and I enjoyed a wonderful sunset at the beach before I joined Katharine and a family from San Francisco for a night out in the bar. The family from San Francisco was fascination for me, the father was gay, the daughter a lesbian, traveling with her girlfriend and the son, well, let’s put it that way: I did not see much of Kathryn during the rest of my stay in Manuel Antonio. 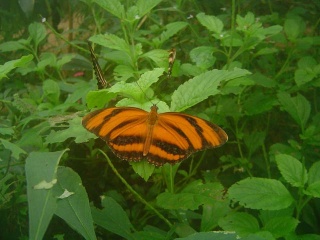 In the morning, we joined Abel on tour on a freshly cut out walking way through the jungle. Abel hopes to find some new plants or animals around Montverde someday and to name them. One of the hills we climbed up on the track was the continental water shad, the water going east ends up in the Caribbean sea, and the water on the West ends up in the Pacific. Just like the Bohemian Forrest in the area where I live.

After all the wild rainforest of the past days, it was time for a very special garden next to Santa Elena, the so called Orchid Garden. Like the name suggests, the garden is full of orchids, and contains more than 400 species including the national flower of Costa Rica, the “Guardia morada” and also the smallest known orchid species in the world. Abel once again was our guide and gave us an excellent tour and explaind a lot of things as he used to work in the Orchid Garden. The owner of the garden is one of the most famous and respected orchid-experts in the world. He discovered many of new species but he has never been to an university and learned all the stuff by himself.

We spend the rest of the day in the car on the way back to San Jose. At night we checked into the San Jose Backpackers again. There I met Kathryn, a girl from England who had been working in a hospital in Belize and was now traveling around Central America before going back to the United Kingdom. Like I always say: When you are on your own, you are never alone! Especially in hostels its easy to get in touch with fellow travelers and team up for a little trip.